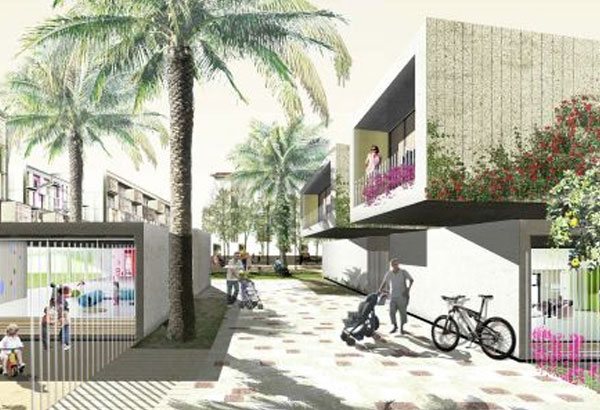 The results of a design ideas competition for the reconstruction of the neighbourhoods of San Fernando and La Viña in Lorca were made public this past April. The competition was sponsored by the Board of Governors of the Institute of Architects of Spain (CSCAE), in agreement with the Spanish Government and the Lorca City Council. Both in La Viña as well as in San Fernando, the winners were two projects designed using Compact Habit’s eMii system (integral modular building system).

They were originally 15 proposals that were considered in the first phase, 9 for La Viña and 6 for San Fernando. The criteria taken into account, in general, were the design of public spaces, green areas, Mediterranean character and respect for the town of Lorca’s identity. Outstanding among the technical aspects were the adaptability of the proposals’ modular architecture that enable application of the design in situations of both total and partial demolition and that adapt to each project’s needs. The jury also stressed that, “The proposal is able to accompany the existing blocks of buildings providing them with an excellent urban and human scale.”

Moreover, the urgency of the situation has meant that the agility of the projects and the system as a whole have been positively appraised, in that the use of the eMii system will reduce construction time and, therefore, residents can be relocated faster.

Furthermore, Mayor Francisco Jódar praised the versatility of the winning projects and added that they meet all sustainability, energy efficiency and earthquake resistance requirements.