CompactHabit in Cardona welcomed the Surveyor and Technical Architect Association 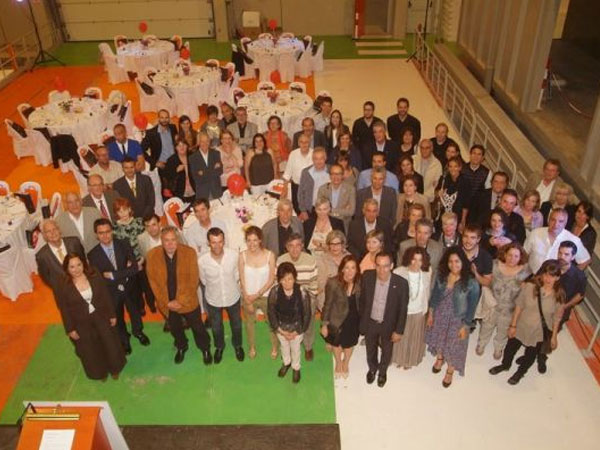 Last June, part of the CompactHabit facilities in Cardona, where industrialized building modules are produced, became the distinguished setting for the annual celebration of the Delegation of Bages, Berguedà and Anoia of the Surveyors Association, Technical Architects and Building Engineers. More than 80 professionals, including the president of the province of Barcelona, ​​Maria Rosa Remolà, and the territorial president, Joan Carles Batanés did not miss the annual meeting.

It is the first time that CompactHabit hosts an event of this kind. The professionals had the opportunity to learn about the chain production process of a residence for university students in the French city of Pau. The CompactHabit plant is located in the “La Cort” industrial estate, in Cardona, and its activity consists in the production of industrialized and volumetric reinforced concrete modules that are placed on an assembly line and, as if from an automotive industry. treat, these are equipped and end in the factory itself.