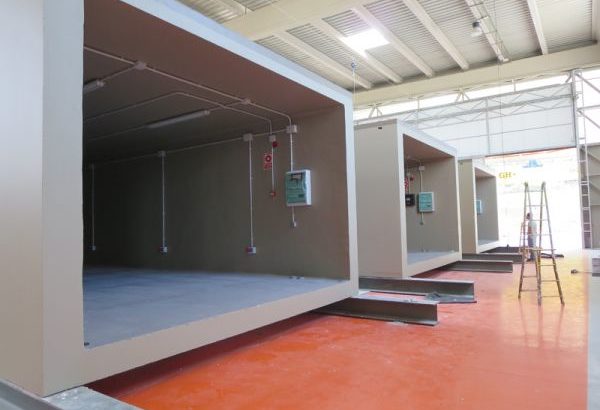 CompactHabit, with headquarters in Cardona, will deliver three modules at the end of this month to the Associació Nuclear d’Ascó i Vandellós (Ascó and Vandellós Nuclear Association)

The singular high-security, blast resistant and isolation characteristics of the CompactHabit eMii system have been accepted by the Associació Nuclear d’Ascó i Vandellós (ANAV) to build three modules aimed to be placed in both nuclear plants in Tarragona.

The security modules are being built in the CompactHabit plant in Cardona. Once finished, they will be transported to the nuclear facilities in order to be assembled and put into operation at the end of April.

CompactHabit has developed the eMii system during the last years. It is an innovative construction system based on the industrialized production of big monolithic and three-dimensional modules made of reinforced concrete. Once finished and equipped, they are transported to the destination site.

The eMii system obtained the CE label for the compliance with all regulations and requirements of the new Reglament Europeu de Productes de la Construcció (European Regulations for Construction Products). This label certifies the industrialized modules have been evaluated and have undergone strict quality controls, so they can move free within the European Union market.