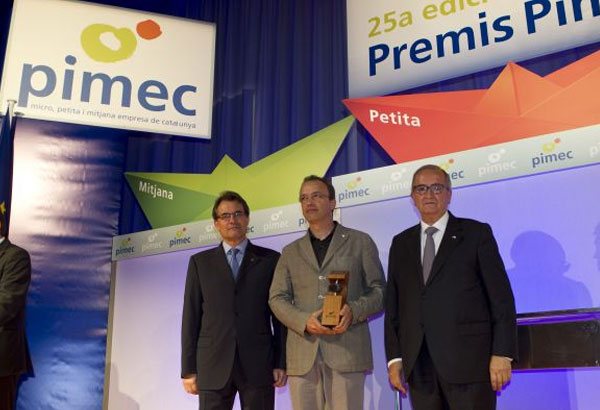 This Monday, Compact Habit received the SME award for being the most competitive medium-sized enterprise in Catalonia in 2011. The ceremony was held in Barcelona and presided over by Artur Mas, president of the Generalitat, entrepreneurs and authorities from all over Spain attended.

This award, given annually by the employer organisation PIMEC, is added to a long list of national and international recognition that celebrates Compact Habit’s competitive and innovative character.